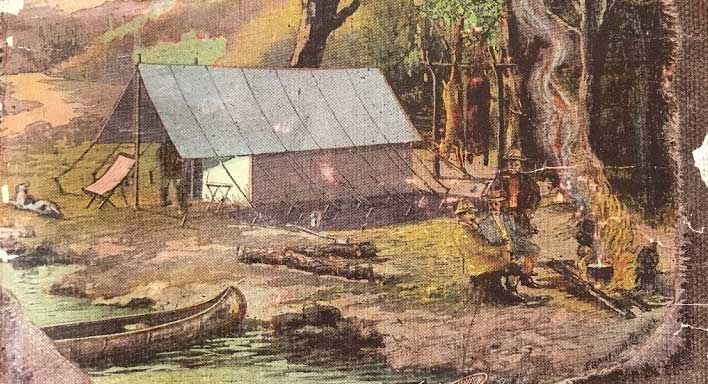 The Complete Campers Manual, Published by R.H. Armbruster in 1903

In order to advertise itself as an outfitter for the early 20th century campsite, R.H. Armbruster published “The Complete Campers Manual: How to Camp Out, What to Do” by Francis H. Buzzacott in 1903.

Buzzacott, was a hunter, trapper, and guide for over forty years. A member of the British South African Exposition in 1878-79, Antarctic Expedition in 1879-81, Voyage to the Arctic in 1882-85 and the Spanish American War Campaign in 1898, he had in-depth knowledge and wrote many field guides including “The Complete Sportsman Encyclopedia” and “The Complete Campers Manual.

Guides on camping and outdoor recreation were popular and provide a unique look into what an early 20th century camp site was like.  Armbruster’s edition of “The Complete Campers Manual” is no exception.  It includes many useful camping tips like how to heat your tent, a camping menu, how to roast whole game, and how to keep mosquitoes and biting flies away from your campsite.

Armbruster included folios in this 1903 publication featuring some of its popular products at the time.  It’s a unique glimpse into what our customers were interested in at the turn of the 20th century.

Read more about Our Story on our website.  We manufacture many historical tents according to the specs we used at the turn of the 20th century.  Please contact us for more information.