World War One Tents from Armbruster 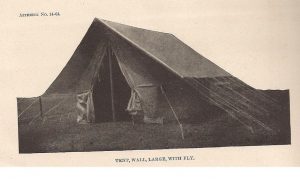 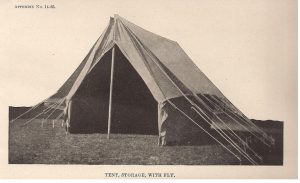 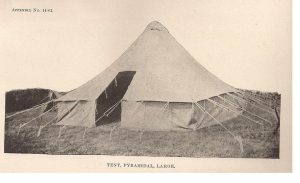 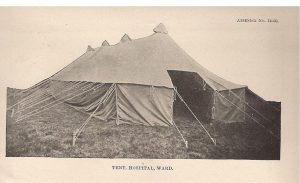 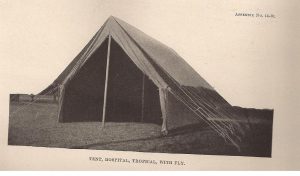 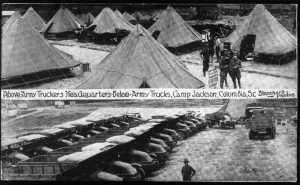 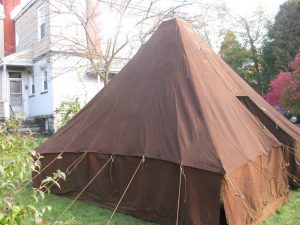 Original 1916 Tent on Loan to Armbruster for Reference, New production model below. 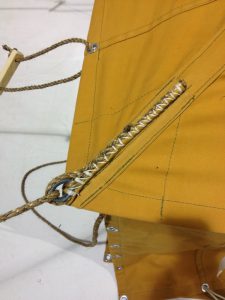 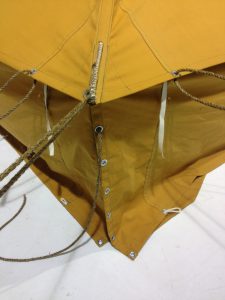 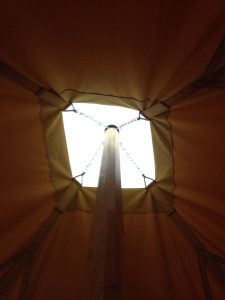 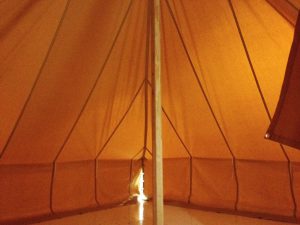 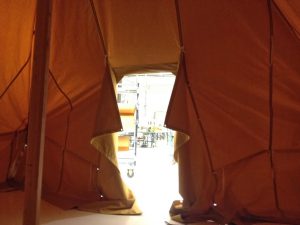 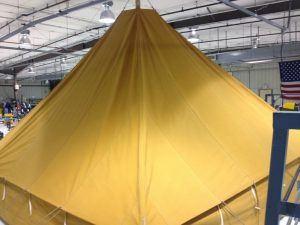 Installed inside our plant for testing 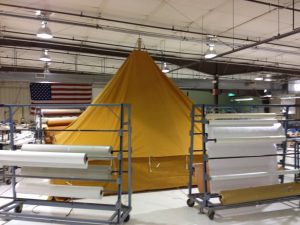 Ever put up a pyramidal indoors? 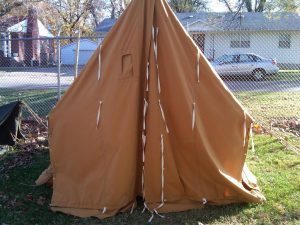 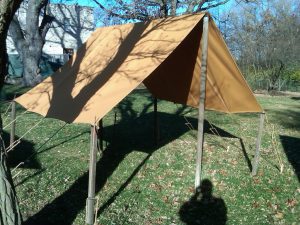 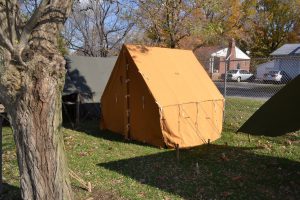 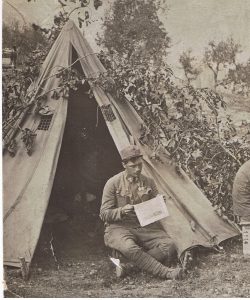 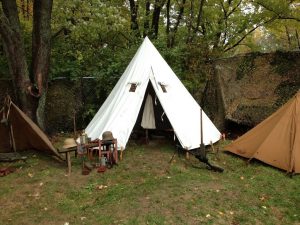 Armbruster reproduced this Kuk tent from the photo 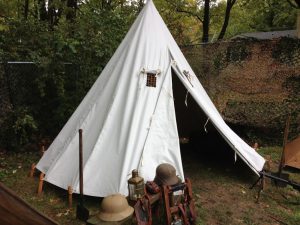 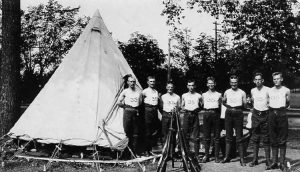 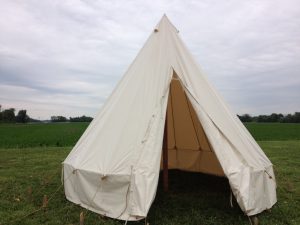 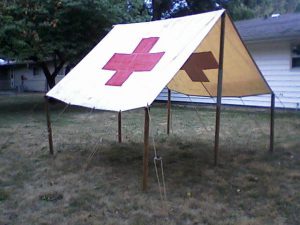 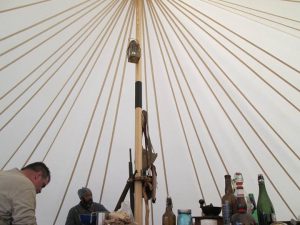 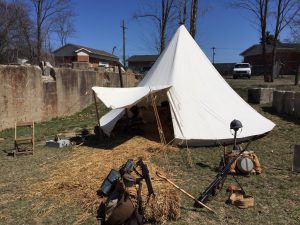 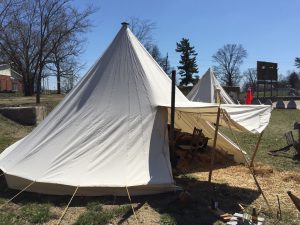 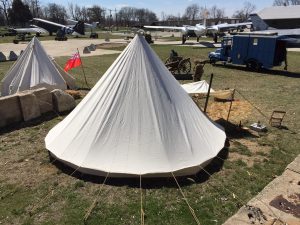 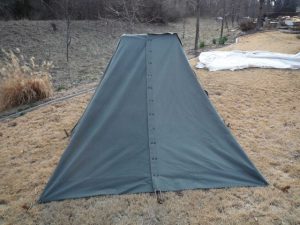 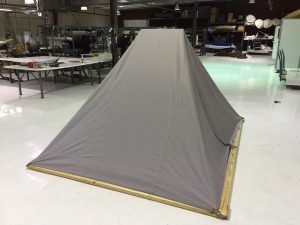 Armbruster is now introducing our line of WWI era canvas tents. These tents are made from original drawings and sketches in our files and details provided in the 1916 Quartermaster Manual Volume 2.
Armbruster had been making tents since 1875 and during WWI we manufactured tens of thousands of these tents for the US Government and the Red Cross. We make these tents with period cotton canvas in shades of Khaki, off white natural, or bright white just like the originals. Period slides are included, with manila rope, brass grommets, stove pipe openings, period wooden poles and stakes. We can customize to fit you needs. These are new production models of the original tents, not “reproductions”. These are not meant to be used just one time for movie props. We build these to last just like the originals 100 years ago.
Models Include:
Custom models we build are supply tents, sibley and bell tents, period French Tents, German and Austro-Hungarian wall and messing tents. We are constantly researching different historical military tents and adding this information to our archives. More about Armbruster at www.armbrustertentmaker.com and find us on Facebook too!
Contact us today for a quote on the period tent you are looking for: sales@armbrustertentmaker.com or 800-637-4326