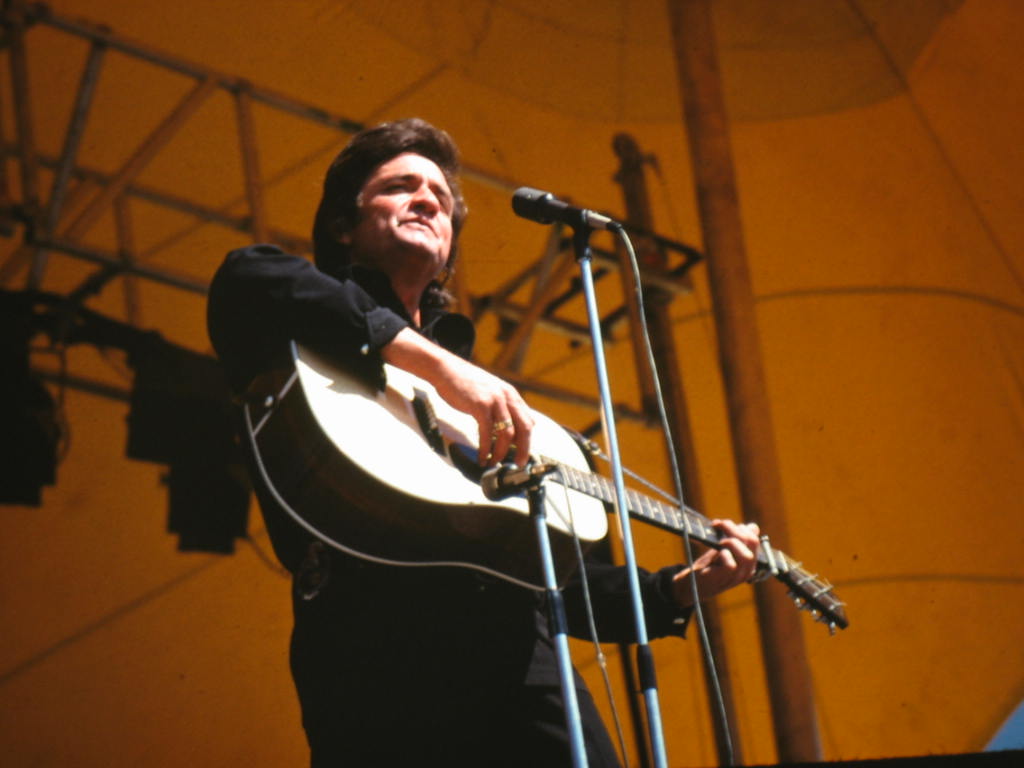 During the Milwaukee Summer Fest in 1972, located in Milwaukee, WI, Armbruster Mfg. Co. was contracted to build and install a unique tension style stage cover for the entertainers. These included Johnny Cash and George Carlin. This was also the same event George Carlin was arrested for his 7 dirty words you can’t say on television.

Bernard Armbruster, President of Armbruster Mfg. Co., installed the structure in 1972 over the stage. This experience helped lead us to later TensionTent designs we introduced in the 1980s and finally received patents for in 1990.

This structure was a unique design with no side poles. It was guyed off the center poles on stage. Made from early vinyl fabrics, and sewn at that time, it became a beautiful backdrop for the Milwaukee Summer Fest. The origins of this design came from early German concept designs from the 1930s-1950s. 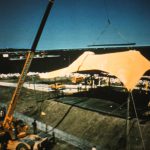 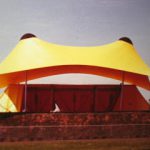 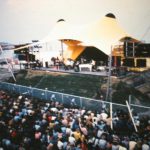 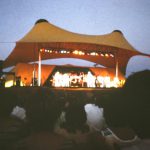